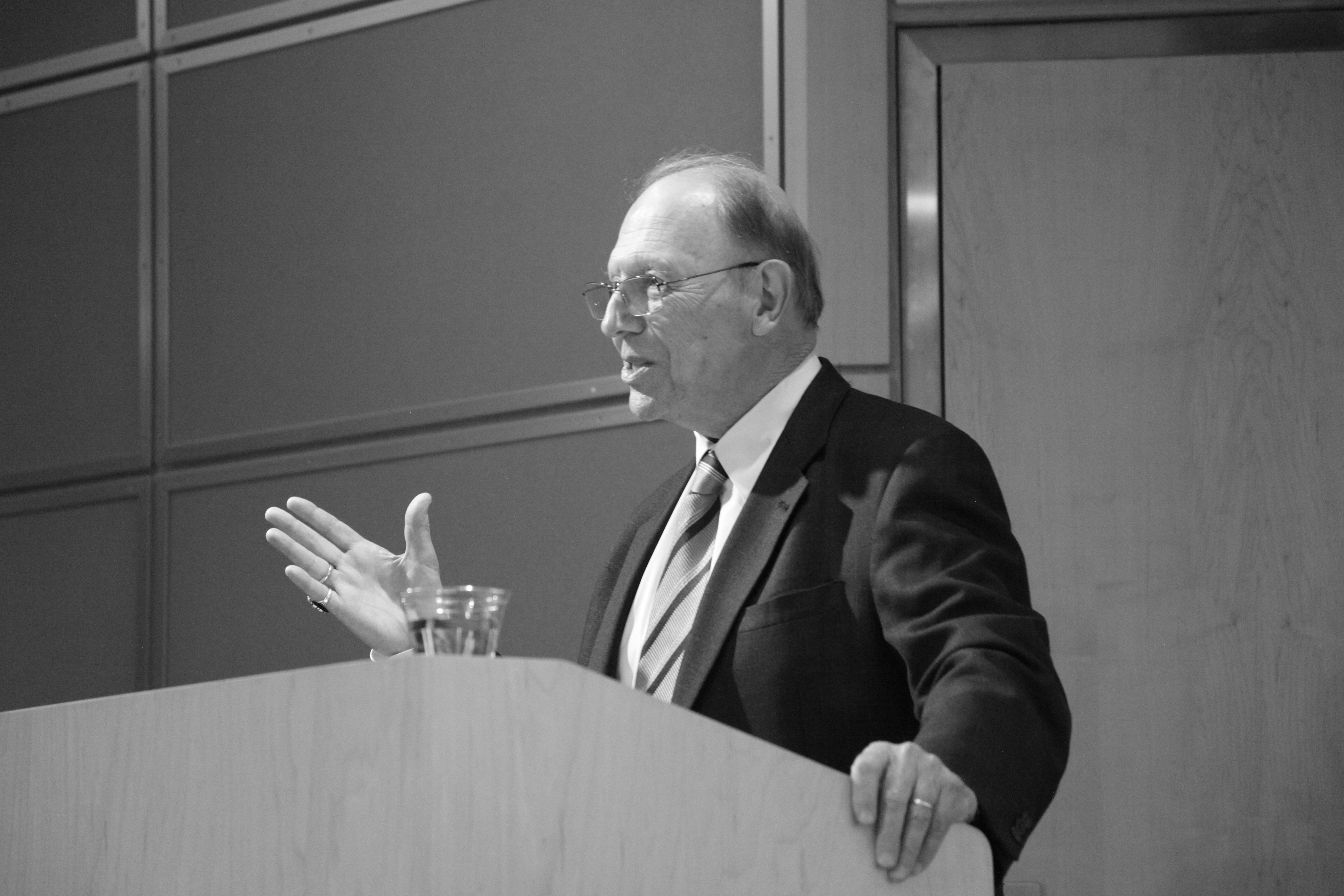 Don Villarejo became active in civic affairs in 1955, participating in the student, civil rights and peace movements. In 1960, he was a founding member of the editorial board of New University Thought, one of the first publications of the New Left. In 1967-68, he participated in the preparation of protests at the 1968 National Democratic Party Convention in Chicago.

After moving to Los Angeles, he began an involvement in the city’s peace movement, including founding the Indochina Work Group (dedicated to ending U.S. military intervention in Vietnam). He joined the National Standing Committee of the Indochina Peace Campaign in 1973, serving until the conclusion of U.S. involvement in 1975.

He volunteered with the farmworkers movement in 1976 and, afterword, co-founded the California Agrarian Action Project (CAAP) and the California Institute for Rural Studies (CIRS) in 1977. CAAP was best known as the lead plaintiff in civil litigation suing the University of California, its Cooperative Extension Service, some officials, and its Board of Regents, with conflicts of interest and failure to comply with Federal laws requiring land grant universities to serve farmworkers, small-scale family farmers, organic farmers and the rural poor. After prevailing in Alameda Superior Court and the state Appeals Court, ten years later, the case was dismissed by the California Supreme Court.

Dr. Villarejo served as Executive Director of CIRS from its founding until his retirement in 1999. CIRS is a private, non-profit research and education organization dedicated to helping create a rural California that is socially just, economically viable and ecologically balanced. The organization celebrated its 40th Anniversary on March 21, 2017, at an event held in the Merced Multicultural Arts Center.

His professional career was multi-disciplinary, starting with a Ph.D. in Physics from the University of Chicago in 1967. He joined the faculty of the Physics Department at the University of California, Los Angeles, in 1968, serving until 1975. After moving to Davis, he taught at the University of California, Davis, for several years until switching careers to found CIRS. Dr. Villarejo's experience as a research physicist, particularly analytical and quantitative skills, were invaluable preparation for his subsequent career as an independent scholar interested in agricultural economies and rural societies.

Dr. Villarejo’s best known research contribution with CIRS was the California Agricultural Worker Health Survey (CAWHS), a statewide, population-based survey of farmworker health that included a comprehensive physical examination. Publication of the finding resulted in a new $50 million initiative by The California Endowment to support expanded health services for farm laborers in the state.

Recognition of Dr. Villarejo’s depth of knowledge led to appointments to several expert panels commissioned to evaluate Federal programs. The National Academies/Institute of Medicine appointed him to serve on a 12-member Expert Panel to evaluate the National Institute for Occupational Safety and Health’s program of research and intervention in the agriculture, forestry and fishing industries. The U.S. Department of Agriculture selected him to serve on a 7-member Expert Committee to review the agency’s program in Sustainable Agriculture. He also served on a National Academies panel of experts to advise the Office of Government Accountability’s evaluation of the USDA rural housing program in serving the nation’s farm worker families.

Dr. Villarejo has served as consultant to many public and private agencies, including the California Agricultural Labor Relations Board, California State Assembly (Office of Research), U.S. Department of Labor, U.S. Bureau of Reclamation, National Institute for Occupational Safety & Health, California Rural Legal Assistance, Int’l. Brotherhood of Teamsters (Locals 601 and 890), and Migrant Legal Action Program, among others.

His volunteer service has included the Board of Directors of the Cal-Aggie Christian Association (Davis), the “committee” of the Rural Economics Alternatives Project (REAP) of the American Friends Service Committee (Stockton), and the Board of Directors of the Lower Cottonwood Slough Preserve (Woodland). He also served on advisory panels for several private foundations, including The California Endowment, the W.K. Kellogg Foundation and the James Irvine Foundation.

His volunteer political work included serving as an organizer for the Tom Hayden for U.S. Senate campaign (1976), and as co-founder of the Yolo County Chapter of the Campaign for Economic Democracy (CED, 1977). Subsequently, he served CED as a volunteer member of the Executive Committee.

On December 10, 2012, he was honored with a special lecture and ceremony co-sponsored by the Western Center for Agricultural Health and Safety, the University of California, Davis, and the National Institute for Occupational Safety and Health. John Howard, M.D., NIOSH Director, flew to California for the specific purpose of recognizing Dr. Villarejo in a special lecture.

He has received various awards recognizing his service. In 1988, he received the Board of Directors Award from the Mexican-American Concilio of Yolo County “…for your dedication.” In 1993, the Shalan Foundation presented him and CIRS staffer Luis Magaña with cash awards for “…exemplary commitment, dedication and vision in the area of economic and social justice.” In 2000 he received the National Service Award of the Office of Migrant Health (U.S. Department of Health & Human Services) for "Exemplary commitment, dedication and service to the nation's migrant farm workers." In January 2005, he received the first-ever Advocate of Social Justice Award, the “Justi”, at the Ecological Farming Association’s 25th Annual Ecological Farming Conference.

After his retirement in 1999, he enjoyed travel with his wife, family and friends, pocket billiards (aka “pool”), monthly meetings of his men’s book group, and occasionally consulting for short-term projects. He continued to write and engage in public speaking. In April 2020, new CIRS Executive Director Ildi Carlisle-Cummins recruited him to volunteer assisting the COVID-19 Farmworker Study (COFS), and to separately contribute reports of prevalence of this virus’ infections among farmworkers. Don died peacefully at home with his wife of 62 years, Merna, on November 19, 2021.

The California Agricultural Workers Health Survey, by Don Villarejo and Stephen A. McCurdy.
Journal of Agricultural Safety and Health; 14(2):135-146. April 1, 2008
Link to Survey

Stock Ownership and the Control of Corporations, by Don Villarejo, New University Thought.
A major paper newly posted for the first time in digital access. Includes parts I-II from Autumn 1961, and part III from Winter 1962.
Link to Full Text